A downloadable game for Windows, macOS, and Linux

SkillWarz is modern first person shooter game.  Game is in development and more content will be added in future updates. At this moment game has 7 game modes (Deathmatch, Team Deathmatch, Gun Game, Elimination and Elimination with shop, Team Gun Game, Capture The Flag and Domination) on more then 30 maps. Also Training mode, where you can learn/practice different things.

We have community forum:  https://skillwarz.com
There you can read all information about game and report bugs, cheaters.
Active members can even get administrator rights in game.

We also have Map Editor,  which can be used to make maps and play on them. You can even make your map in modeling software (for example in Blender, or 3ds Max), then import and finish map in map editor.

Also Skin Designer, which can be used to make custom weapon skins.

You can change controls in game settings.

Q: Do i have to register?
A: Yes. To play game you must create account in game.
Don't try to login with forum account. It will not work.

Q: How to update game?
A: If you play via itch.io app, then game will update automatically.
If you download manually, then delete old version and download newest version.

Q: Game has Anti-Cheat?
A: Yes. Also we have game admins and players can report in forum.
Was added Bad Word Filter. Swearing in chat will lead to Mute/Ban.

Q: How to launch game on Mac?
I get error "application cant be opened", and/or "Unidentified Developer".
A: You can install game via itch.io app, or watch tutorials on YouTube.

Q: Game crashes. What to do?
A: There are many reasons why game can crash and only in rare cases it's developers fault, so don't hurry to delete game and give the game bad rating.

Create topic in forum and provide information about your system (CPU, GPU, RAM and OS). If possible, try to record video and show us when exactly game crashes.

If you prefer to manually download, install and update games, then you will find Download buttons below.

Game is compressed in archive. To extract from archive, you may need archiver software. If you are on Windows (or Linux), you can download from https://www.7-zip.org/

On Mac OS you will need app called Unarchiver. You can download it from App Store (it's free). Launch Unarchiver and you’ll see a file association list, tell Unarchiver to associate with .7z files.

1. Extract game from archive (double-click on downloaded file)
2. Launch the game by double clicking on SkillWarz.exe

maybe at least try to explain where is problem? I can't read your mind, so i have no idea why you can't launch the game.

Hi, install itch.io app and then install game via app.

Hello I wanted to install the game today but when the download is finished it is not installed.

and i want to install it on windows 11

Hi, you install via itch app? You sure, you have enough free space on hard drive?

If you need help then create topic here:

and provide some info about your system and tell us more about crash. Do you see any crash message?

can i play against bots ?

No, but in training mode you can kill bots (aim training).

how can people join staff

This game ( that i recently discovered) Has quickly became my favorite fps game ive ever played. The sliding, jumping, quickscopes, and everything just makes getting ever kill so satisfying. I will be here to watch it develop and i would LOVE to fund the game a bit to help production but only if promised if the game will have a full release.

I'm glad you liked the game.

Don't forget to rate the game, so more players can find it.

Insanely good optimization and graphics for a Unity Game!

Movement and mechanics are on point, 10/10

Snipers and Rifles feel amazing and i love the killing animation

Great attention to detail (i found no bugs so far)

Some spelling errors in the settings menu

Considering this game is still in development and by just one guy im going to rate it a 9.7/10 i really recommend it!

If you notice any spelling errors, then report in forum and i will fix them. I agree, spawn points require some improvements. Problems you see now are caused by low number of spawn points on quite small maps. Most of one team maps are made for 6-8 players, but rooms are usually with 10-12 players. Also when players block all spawns, then enemies can spawn near you.

I am not making any money cuz game is still in development. When game will be on Steam, then will be free and paid version of game.

When I load up the game, it says, "Couldn't Connect To Server." Is there any possible fix?

I'm playing this game on a 14 inch macbook pro, the game dosent seem to take advantage of the 120hz refresh rate display for some reason

what is your frame-rate in game? what happens when you enable vsync?

found an solution yet?

I am using Unity engine and vSync is engine thing.

it doesn't let me play when i download it

problem solved? If not, then just install itch.io app and then game via app.

crashes often for me but maybe thats just my doodoo pc

is it really crash, or game just closes? when exactly it happens?

yeah its full crash, 99% of the time it happens when im trying to start the game

maybe you don't have software to extract from archive?

you can install 7-zip, or install itch.io app and then install game via app.

how to play the game

read description, or comments and you will find answer on your question.

your fps? what are your specs?

If game feels laggy, then lower quality, or resolution.

bro how are you getting low fps in this game?? It is so well optmized i run on 500 fps LOLL

Is it just you working on this game?

Yes, but community helps here and there.

Is it possible to add wallbangs in this game?

Networking solution i am using has limits and i am already reaching these limits. If you want higher tick-rate, then create room for less players. In room for just 2 players tick-rate will be 5 times higher than in room for 12 players.

what is wrong with spawns? and in which game-modes and maps?

every map and mode

you always spawn with people behind you

Not all modes. In modes where is one team and on DM type maps. Most of maps are made for 8 max players, but in rooms are up to 12 players. If you don't like such gameplay, then create room for 6 players.

how do i launch the game

I am having trouble downloading the game. When I go to download skillwarz_89_x64_Windows.7z i the file does download but I'm not sure how to launch it.

Please read description. There you can find Install instructions.

are you on Windows OS?

how you downloaded game via itch.io app?

what exactly you see?

whenever I download it, it downloads as a notepad. And when I open it, it doesn't respond

Please read description. There you can find Install instructions.

can you report in forum and provide more info about it?

this game is amazing respect

whenever i open the game it closes when i get to the menu do you know how to fix?

How game was downloaded? Did you tried via itch.io app?

bugs? you mean error message in Log? It's only message, or something is not working correctly?

You can report in forum. There we have Bug reports

Hey guys, love the game. Is there any chance of a South African server in the works?

I have to test but seems that i can add South Africa (Johannesburg). Most likely in next update.

this would be nuts

i cant even downlowd the game

I am just a developer who uploads game here on itch.io

Maybe create topic in forum (in Ideas and Suggestions), so other players can tell their thoughts about it. Also you can mention games where re-spawn time is faster (i assume you have played such games).

how can i play controller

get better and hop on keyboard and mouse

i cant even download this game or any other game

Contact itch.io support. Developers only upload games. If you can't download, then talk with support and they will help you.

i enter thr right code but game dont let me in

Just try to register again and don't close the game.

my username is every time fals i dont know why

usernames are case sensitive, so make sure you type it right. 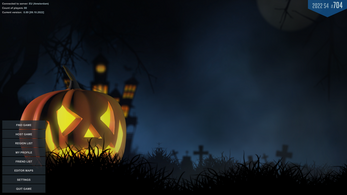 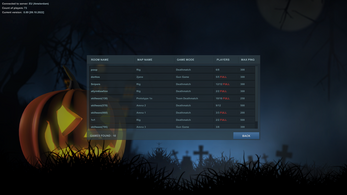 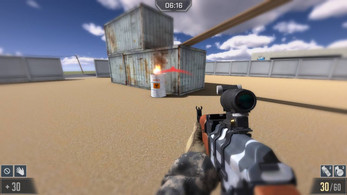 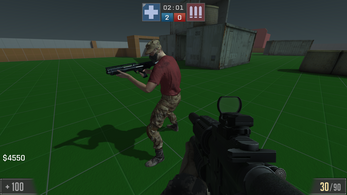 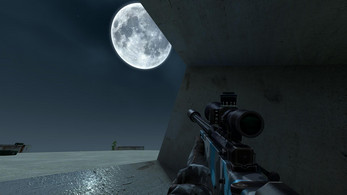 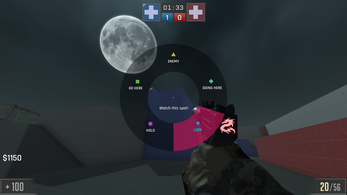 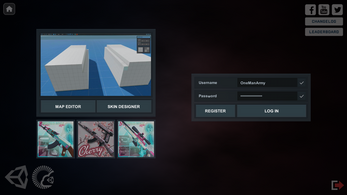 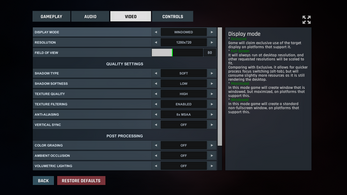 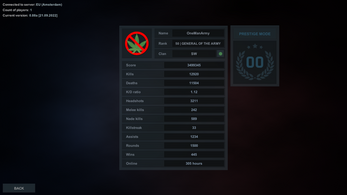 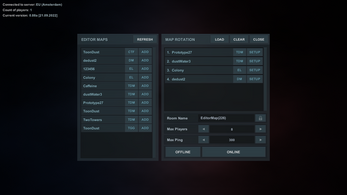 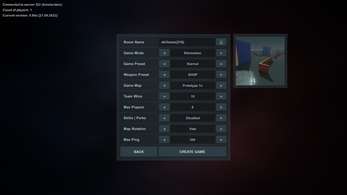